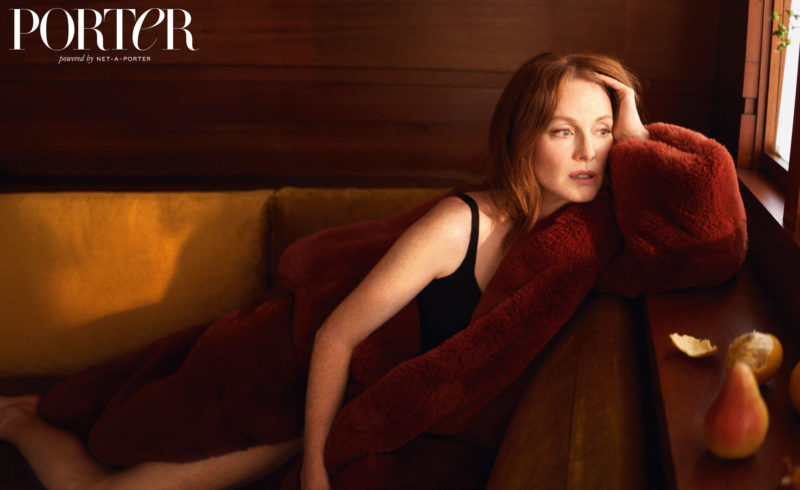 Outspoken Academy Award-winning actress Julianne Moore speaks to global fashion magazine PORTER about why she’s bored of talking about her age, that you’re never too old to be sexy, and how she’s trying to create a safer world for her children: “If I don’t try to keep my daughter and other kids safe by trying to change things in this country, then I am being irresponsible.”

Moore, who appears on the cover of PORTER’s Winter issue (on sale September 28), is photographed by Camilla Åkrans and styled by Cathy Kasterine. The 57-year-old timeless beauty, shot in Topanga Canyon, California, is seen in a series of sensual and playful images. 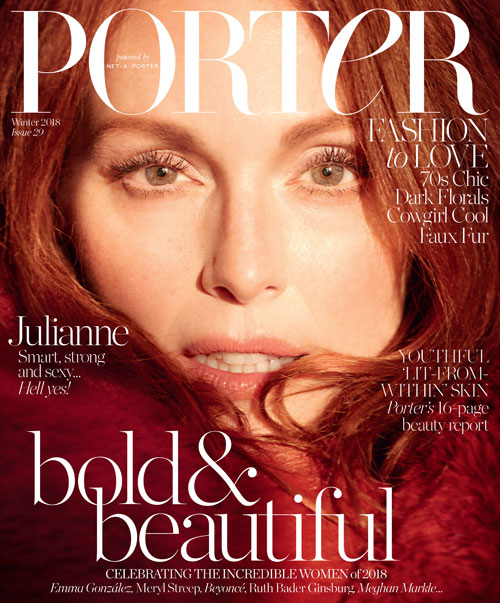 Moore tells PORTER why she is tired of being asked about her age: “Oh my God. I’ve been talking about aging since I was 30, can we just be alive!” And why now, it is more important than ever for women to speak out:

If you sit around and wait for stuff to happen by itself, it’s not going to. We have to make daily choices. That’s how it has to happen

This comes after the actress spoke publically about her own experiences of sexual harassment with the accused director, James Toback: “At first, of course, you’re a young actress and you think ‘Is this really an audition?’ And slowly it became clear to me what was going on.”

Julianne Moore is one of my favorite actresses of all time. Her beauty and sensuality are a glorious affirmation of womanhood. She was the perfect choice to appear on this year’s Incredible Women issue, celebrating the women who have empowered and inspired us this year as we look to a fast-changing world, where women are coming together and are less afraid to speak out.

One women who is changing the global conversation is twenty-nine-year-old digital crusader Whitney Wolfe Herd. Wolfe Herd tells PORTER about how she is revolutionizing the way we interact online, and why her dating app, Bumble, is different from its competitors: “It really came down to who had control from the very first step. I thought, ‘What if we turn this on its head? I don’t want to feel chastised for texting a guy first. And I also don’t want to get abused when I don’t respond to a guy. So how do we fix this?’”

PORTER speaks to the incredible woman behind the dress of the year, Clare Waight Keller, who designed Meghan Markle’s wedding gown and became the first female artistic director at the French powerhouse, Givenchy in its 66-year history: “I think the wedding was incredible and Meghan looked beautiful, and that was the most important thing – it was all about doing something that looked absolutely perfect for her. What a moment.”

To see the full cover story and interviews, buy the latest issue of PORTER, on sale September 28, available in both print and digital editions, or visit PORTER.com 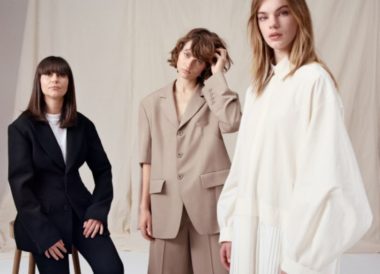 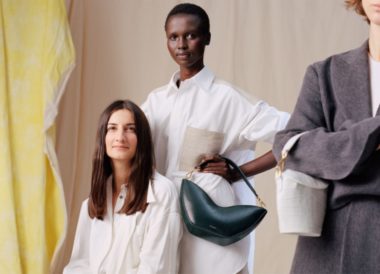 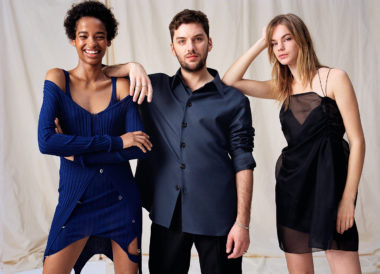 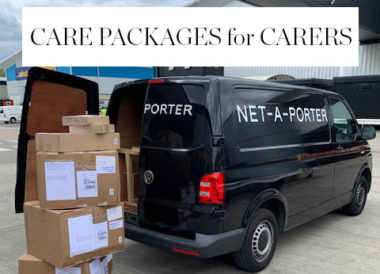 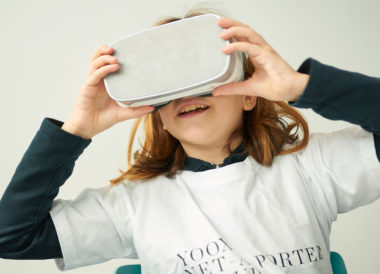