Back to school with YNAP’s digital education program

Concluding our Summer of Digital Education program, the last of our Coding Camps for 2018 took place in Bologna last week. Run in partnership with Fondazione Golinelli, the camp provides free coding lessons to young girls and boys, from local secondary schools. The program is specifically targeted at those aged 14 to 16; this being a critical age at which children start to make academic decisions that impact their future careers. 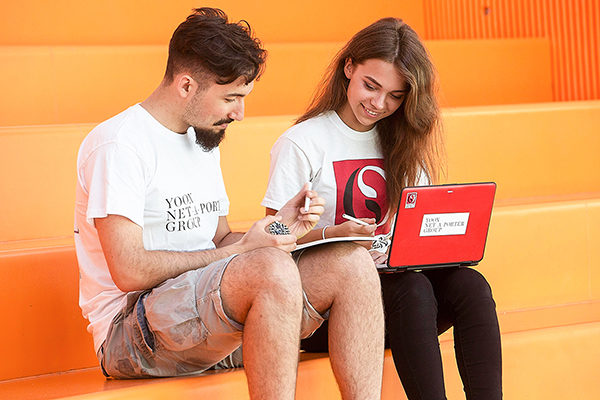 Throughout the week the children worked together, and independently, to enhance their understanding of coding, brainstorm ideas and build on their tech skills in a fun and creative environment. One central project of the camp saw students build and programme a Circuit Playground; an electronic device with built-in sensors and LEDs that can detect temperature, lights and movements, and emits sounds and colours. The week finished with a showcase for fellow students and parents, along with a prize-giving ceremony, to celebrate the creative flair through technology shown by the camp participants. Overall, the summer school powered by YNAP at Fondazione Golinelli was a real success, with over 50 students partaking between last week’s camp and one held earlier in the summer.

This Coding Camp forms part of a series of digital education activities powered by YNAP, which seek to provide the next generation with the right tools to thrive in our increasingly digital future. Recent research, commissioned by YNAP, shows whilst young women are aware of the availability of careers in technology, half of them  believe they are ‘unexciting’ and more than two-thirds think that roles in tech are predominately linked to gaming and IT consultancy, rather than creative industries such as fashion and e-commerce. In light of this, YNAP’s Digital Education program will continue to place a particular focus on young girls, in a bid to foster a new generation of female coders and help rebalance what remains a male-dominated industry.

In 2017 alone, YNAP’s coding initiatives, run with institutes such as Fondazione Golinelli and Imperial College, have already educated over 2,000 children, 50% of whom are girls.

8 by YOOX Powered by Saltyco: an exclusive capsule collection with a sustainable spirit
Press Release yoox